Why we choose the slingshot flat bands to introduce? Because bands are the fundamental material for a slingshot. It is the sole, the power source of any slingshot.

You can make slingshot with lots of material, cut the pouch from used leather. But you will always need to buy slingshot bands. You may shoot a slingshot for whole life, but you can only utilize a band set for hundreds of shots. A top shooter may be fond of a slingshot made by himself instead of any other expensive, good looking and advanced slingshot. But we are sure he will be eager for it if he hears there is a faster, more durable or more stable bands coming to the market.

Obviously, all slingshot marketer understand this deeply than you and me.It is estimated there is around 100 brands (named,not registered) for slingshot bands. We will mainly introduce those popular ones and their background or history.

It is famous not only in China, but also world-widely. This brand has biggest sales volume and most fans in China. It is branded/represented by the most famous master shooter Qihua Qiu, who keep the Guinness record of fast slingshot shooting. He achieved 25 can hits in 1 minute at a distance of 10 meters.

He and his team members are mainly based in Shanghai and lots of them have good fame in China. This group of tops shooter organize CSCC (China slingshot club championship league)  and hold the tournaments in different provinces to attract shooters at a national level.They adsorb  some best shooters to form a team (named after PRECISE) to participate CSCC tournaments.

This year CSCC and their core members bring two other flat bands into the market.  Lets have a look at the flat bands branded by them .

This is another band brand which has also huge sale volume. The quality is highly praised by more and more shooters not only from China but also other countries. The brand owners participated the 1st slingshot world cup in Italy in 2018 and one of them (Mr. Chengliang Liu) won the champion with Sumeike 0.45mm pink bands!

The owners for Sumeike Brand also recruit best male and female  shooters as their representative to participate all big slingshot tournament. They pay their accommodation and award spacial bonus for winning prize.They are winning more and more medals this year.

And they started to design their own slingshot since last year.This slingshot is patented with special design to adjust the fork width. Not like other adjustable fork, the screws and movable parts are hidden in the handle.

Below are the picture of  their products.

This is another famous flat band branded by Qice Group, which is the biggest and most successful slingshot accessories manufactures in China. It has two versions for different purpose. One version is named as Taichi, which is tended for competition usage and  has bi-color(black/white) at two sides. Another is named as Xunmeng, which is anti-cold and tended for outdoor hunting.

Qice Group organized the earliest slingshot tournaments at regional level(maybe in 2012?) and now they are organizing another national level slingshot tournament- AGS slingshot league. This company has the most comprehensive product line from pull through pin, bands, slingshot,to targets system. Several hot widely used products are patented by them in China.The brands like Qice, Sobong, AGS are their property. Lots of western shooters are using them but have not realized!

Below are part of  pictures from  their products.

Yongshuihu flat band is the product of the most strong and successful slingshot club in China. Actually now it is also a company with successful business operation. But in China people used to call it as a club because of the outstanding competition results—in 2018 they win 5 team champions in 5 biggest Chinese slingshot leagues.BTW, the team by Yongshuihu are also selected from best Chinese competition shooters.

They were the earliest group who introduced and promoted lat bands since 10 years ago, at that moment there is no dedicated shooting bands and most of slingshot are installed with tubes.  They are also the earliest experts to shoot and design slingshots for flat band in China. Until now, their business are still only focused on flat bands and slingshot for flat bands.

Below are some pictures from their bands and slingshot.

This brand exists long time in Chinese market, even earlier than all above brands. Now this brand has two flat bands in yellow and white colors with different Chinese name( 九阴真筋，白骨筋).The long time existence in the market is the best proof of its quality.

The brand owner is famous in China with frame-less shooting. Personally i think he was the earliest slingshot influencer who started to upload video to present his skill at least 8 years ago. He used a nick name 极地老妖(polar sag, i hope this is the correct translating). He only focused on slingshot bands and pouches, never participated any competition or sponsor any big tournament. But the pouches  engraved with his nick name can be found anywhere in China, maybe all over the world.

Let me show you his bands and pouches.

DGHW is the abbreviation of chinese pinyin for Deguan outdoor sport.This brand is not sold  as the biggest volume. But the fans of this brand are the most faithful to this brand because of its stable performance.

The brand owner won several champions at national level in 2016 and 2018. The brand owner is a true innovator on slingshot. He was the first person to install the aiming sight system on the slingshot.  His wife also won several  champion about 3 year ago. There are several slingshot couples in China but they are the one with the best fame, not only because completion results but also contribution and devotion on slingshot sport.

Let me show you their latest slingshot and bands.

It is a brand new bands rising in China in recent two years.  It is designed for out door hunting with strong and fast retraction.Its fast speed has been proven not only by Chinese domestic shooters but also recolonized by several foreign enthusiasts.

Let´s have a look at the speed test video  by Thorsten and some pictures. 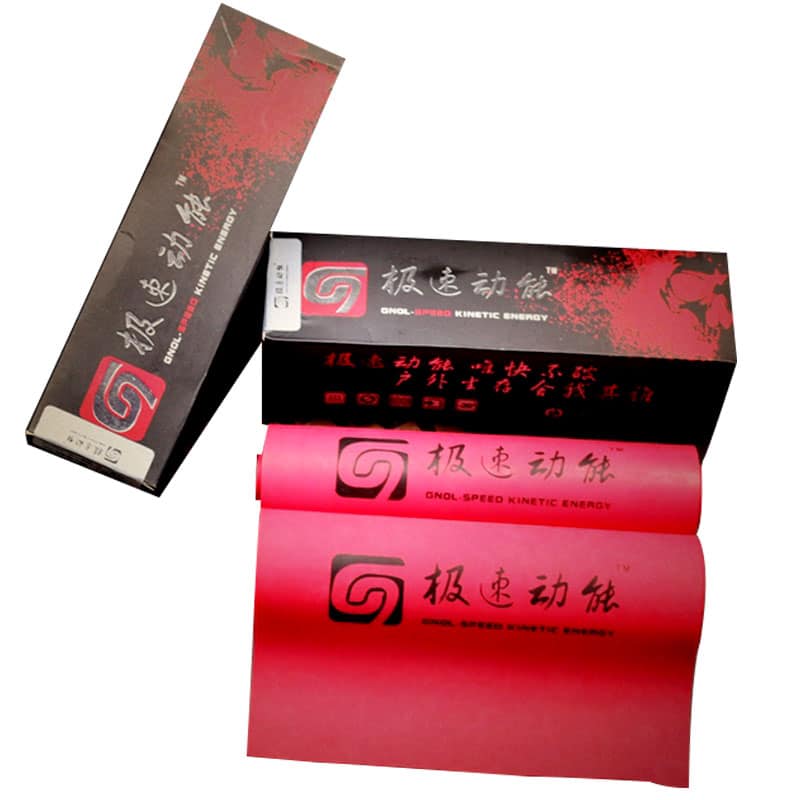 Other brands in China

In the first paragraph of this post, i mentioned that there are around 100 bands branded or named by slingshot clubs or teams on their preference or interest. The quality from most of them are also widely recognized in their own regions and by their fans, but not as famous as above ones. Some of them even perform better on some characters.

Today let us present the pictures for part of them. 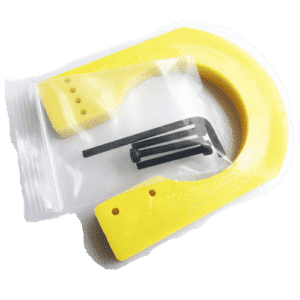